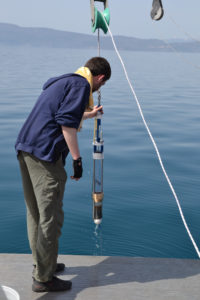 I am investigating global diversity patterns on the basis of deep ancient lakes. Lakes, that are over a million years old and contain sufficient oxygen concentrations for metazoic life at 200 m of depth. Of these there are only 5 in the world: Lake Ohrid (the oldest lake in Europe), Lake Baikal (the oldest lake in Asia and the world), Lake Tanganyika (the oldest lake in Africa), Lake Malawi (located next to Lake Tanganyika and considered the richest in fish) and Lake Titicaca (oldest lake in America). Nobody knows exactly what actually lives there. This habitat is particularly interesting since the most important ecological parameters are constant: no light and virtually no temperature fluctuations over the course of the year.

Are there universal patterns of species diversity? Answering this question requires studies of isolated habitats with similar environmental conditions and which have not changed for millions of years. Stable habitats on Earth include caves, groundwater and, perhaps less obviously, the sediments of deep ancient lakes. In the profundal zone of deep lakes, several key factors, especially the lack of both light and macrophytes, the constant temperature, the sediment composition and the absence of disturbances from wave action, result in stable living conditions  and therefore a stable habitat. Unlike the deep sea, lakes are very isolated and can be viewed as islands in a “dry ocean.” These features make them ideally suited for investigations requiring stable habitats. However, little is known about the organisms that inhabit the bottom of these deep ancient lakes. 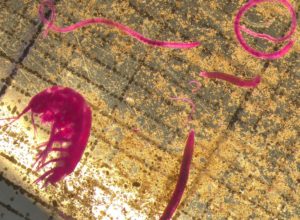 For my studies, I not only use the traditional morpho-taxonomy but also state of the art molecular techniques. With eDNA – in my case the whole DNA extracted from 10 g of sediment –  we try to get a better picture of the whole diversity: bacteria, archaea, fungi, protozoans, plants, animals, every DNA we get. These data provide a hint of the community and the associations as well as the food webs.

For individual questions, we also want to study the population genetics and relatedness of nematodes. 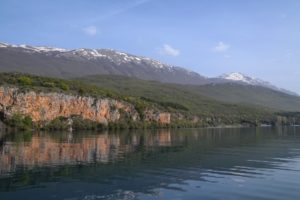 Assessment of the meiofauna

There have been numerous studies of macroinvertebrates in large and deep water bodies (> 50 m water depth), but similar freshwater studies but specifically addressing the meiofauna are rare . Meiofaunal organisms (benthic invertebrates retained on a net with a mesh size of 40 µm), mainly nematodes, rotifers, and microcrustaceans, account for approximately 25% of the total biomass of all benthic organisms. Due to their high turnover rates and short generation times, meiofauna may be responsible for up to 50% of total benthic secondary production. As primary consumers, meiofauna influence lake ecosystem processes by reducing microfauna and by stimulating microbial activity through moderate grazing, bioturbation and excretion. Meiofaunal organisms are not only closely linked to the lowest trophic level, but they also constitute an important food source for larger vertebrates and invertebrates. Additional properties of meiofauna are their ability  to quickly colonize habitats, such as new, expanding periphyton, and to cope with a wide range of environmental parameters. Furthermore, meiofaunal organisms and especially the typically dominant nematodes, rotifers, copepods and oligochaetes, are highly abundant and distributed worldwide, which makes them well-suited as target organisms in comparative studies involving multiple lakes on a global scale. 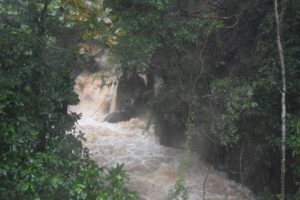 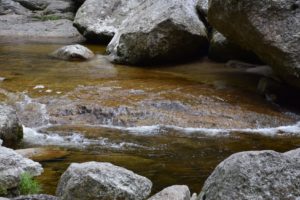 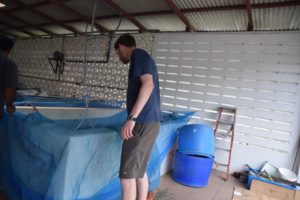 This is our trip:

2016: Sweden – Studies on meiofauna in periphyton as part of my masters study